Substantial energy savings can be obtained from more efficient systems. The higher the unit's SEER rating the more energy efficient it is. For example, by upgrading your Air Conditioner from SEER 9 to SEER 13, the power consumption is reduced by 30%.

In the U.S., the SEER is the ratio of cooling in British thermal unit (BTU) to the energy consumed in watt-hours. The Southwestern Region of the United States of America including Nevada must be at least 14 SEER. Most modern Air Conditioners have a SEER that ranges from 13 to 22.

How manu SEER needed for a typical House in Las Vegas?

In Las Vegas, Nevada - 14 SEER is the minimum because the air conditioning season here is much longer, often from early spring into fall. 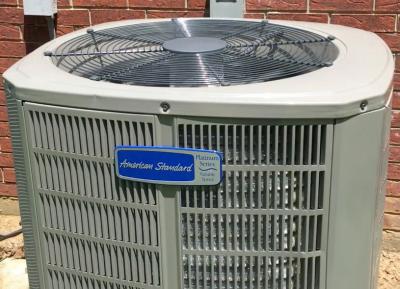 680 Verified Ratings
Ratings
All trademarks are the property of their respective owners. All company, product and service names used on this webpage are for identification purposes only. Use of these names, trademarks and brands does not imply any endorsement, affiliation or relationship with Top Rated Local or its affiliates
Powered by Top Rated Local®